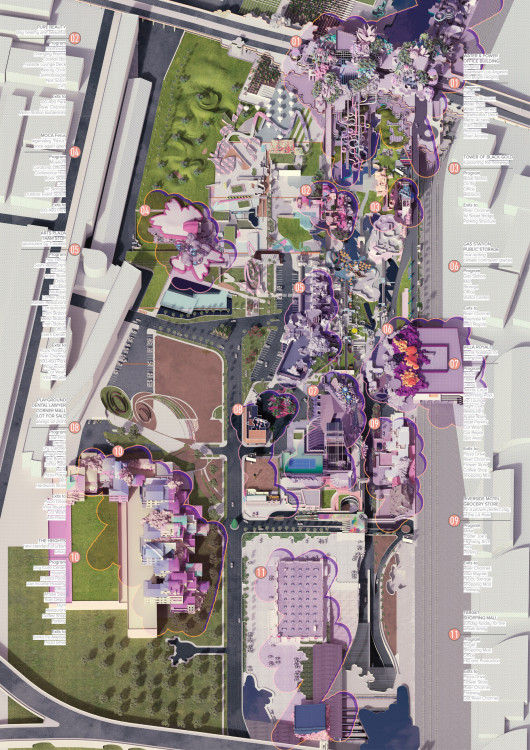 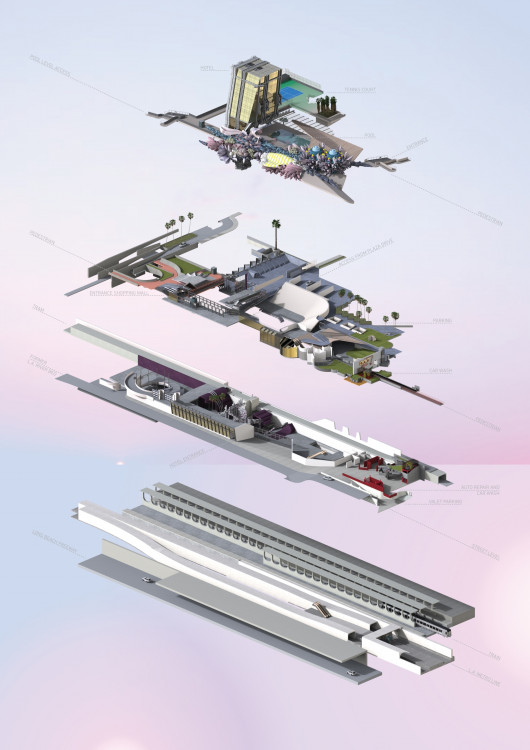 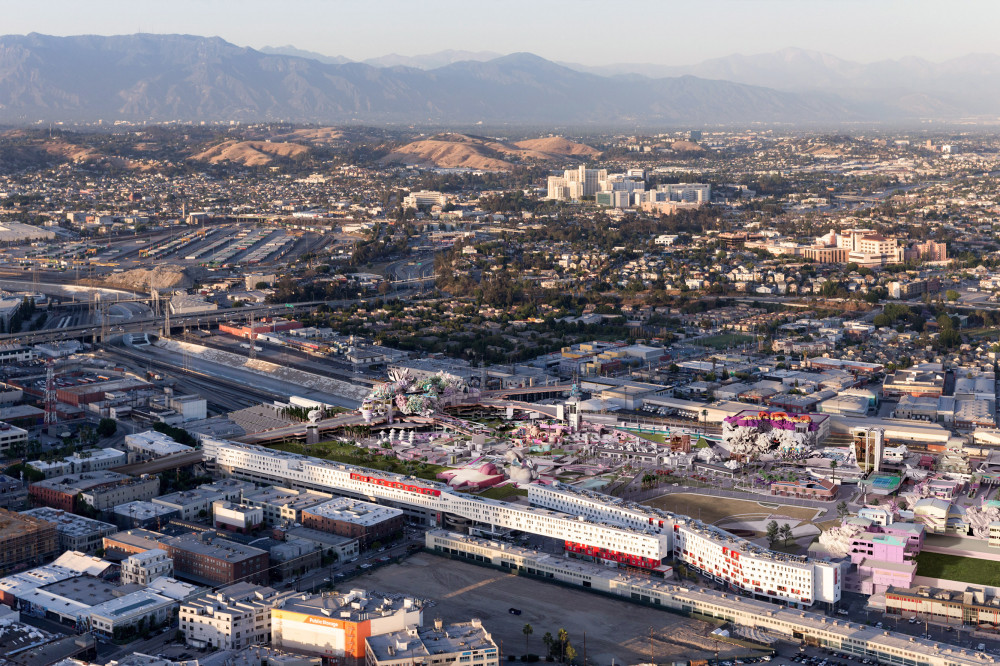 The Urban Horror Vacui of Los Angeles
Los Angeles is rightfully known to be a place of opportunities, where everything is possible, anything can become everything and everything can be placed next or on top of each other. Landmarks, gas stations, single family houses, freeways, palm trees, beaches, pools, parking structures, housing projects and so forth are all equally responsible for the image of the city. The city is a wide spread urban fabric that consists of various objects interacting with one another, which brings the term horror vacui to mind. There seems to be a fear of emptiness within the city. This assemblage of all objects is the birthplace of the 1st Street Plaza project, which comprises of the essence of its surrounding.

Today’s Los Angeles River has not functioned as a natural river since a very long time. The city, since 1940s, has accepted its concrete channel, but recently has started to emphasize the fact that it is not natural at all, and looks for ways to revitalize it to its original state by erasing its fake characteristics. Contrary to this ideology this project accepts the notion of superficiality and transforms it into a new, 21st century landscape of the fake, going beyond a park landscape.

The “1st Street Plaza” spans from the intersection of the 1st Street Bridge of Downtown Los Angeles and the Los Angeles River until the 4th Street Bridge. From the crossing, certain forms and architectural objects and landscape modifications spread onto the river bed following a downwards and upwards direction.

Furthermore, the Plaza bridges two neighborhoods, the Arts District and Boyle Heights, by occupying the literal and cultural gap in between with an agglomeration of programs that is beneficial for both sides. The Plaza connects the 1st Street Bridge and the river channel beneath with the utilization of several functions, which vary from work, leisure, commercial, infrastructure, to cultural event spaces. It mirrors the city as a context where programs start bleeding into each other and through this utilization of content the project questions the borders of urban entities and their relation to each other.