The national Dutch Archiprix has been organized for over 30 years. It became an important platform for young talented designers in the fields of architecture, urban design and landscape architecture. The inspirational effect of the initiative was not confined to the Netherlands. Especially after the introduction of the Archiprix International an international network of Archiprixs' spread over the world, which includes several national Archiprix initiatives.

Since 1980 the Dutch Archiprix foundation organizes the presentation of the best graduation projects in the fields of architecture, urban design and landscape architecture. The prize aims to find and show the best new talented designers, in order to promote their entry into the professional world. This way clients and employers are presented with a carefully selected reservoir of young design talent. Besides that, Archiprix has a quality improving effect on Dutch architecture education because schools are in a permanent state of competition. Archiprix also gives insight into trends and tendencies in Dutch design education.Archiprix Netherlands organizes on a yearly basis the juryreview, award ceremony, exhibition, website and publication (published by 010 publishers) of the best Dutch graduation projects.

The Dutch Archiprix foundation started in 2001 the Archiprix International as an experiment. All schools worldwide in the fields of architecture, urban design and/or landscape architecture are invited to select their best graduation project for participation. This initiative was a success from the start. Each edition takes place in a different country where the activities are organized in cooperation with a local partner. The submitted projects are reviewed by an independent jury. All participants ae invited to join the workshops, in exhibitions, a book and films the inspiring proposals of the world's best graduates are presented. The designers of the very best graduation projects receive a HunterDouglas Award at the award ceremony. After the first edion in Rotterdam (2001) the Archiprix International took place in Istanbul (2003), Glasgow (2005), Shanghai (2007), Montevideo (2009), Cambridge USA (2011) and Moscow (2013).

Biannually the Archiprix Italia presents the best Italian graduation projects since 2008. The initiative was initiated on the occasion of the delayed Award Ceremony of the Archiprix International 2003 in Genoa.

In Chile Carlos Castillo Cortés, who participated in the Archiprix Netherlands leads the activities of Archiprix Chile. The first edition takes place in 2013.

From Ljubljana Lučka Ažman and Emiel Lamers (winner Archiprix Netherlands 2004) work towards a regional Archiprix, where schools from Slovenia and the region around can participate. Involving also countries: Austria, Bosnia and Herzegovina, Croatia and Hungary, 23 schools would get the opportunity to cooperate.

The national Archiprix initiatives are stimulated and facilitated by the Dutch Archiprix foundation.

“KENOPSIA [noun]: the eerie, forlorn atmosphere of a place that is u... 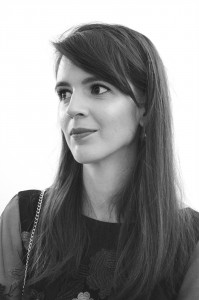 A five-star hotel in the inner Salzkammergut

The historic structure of the Salzamt in Hallstatt will be complemented with two towers to enable the use as a luxury hotel. The new assemble at the foot of the Dachstein massif decisively marks the e...

Construction under the aid of augmented-reality

Architecture graduate Garvin Goepel reconstructed Corbusier’s South Wall of Ronchamp by using no plans but only his augmented reality apps for Microsoft HoloLens and Apple iPhone. He discovered a new ... 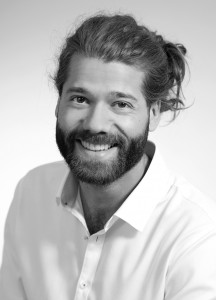 The space of the Frankopan Square was developed during the history inside the ancient City Walls of Senj built in the 10th century. With a strong memory of the past and its great ambiental value, this...

As my graduation project I designed a thermal bath at Lake Vadkert. The lake is quite popular resort. Mostly locals spend time here during the summer, but it is surrounded by apartments for tourists a...

The thesis discusses spatial problems of area along the eastern part of Ljubljana’s railway system between Šmartinska, Zaloška and Kajuhova street. The main issues of the discussed area are bad spati...

Los Angeles is rightfully known to be a place of opportunities, where everything is possible, anything can become everything and everything can be placed next or on top of each other. Landmarks, gas s... 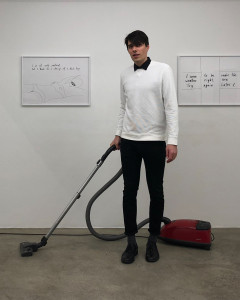 Der Bau (1923–1924) is a fragmented narration by Franz Kafka, published after his death and against his last will. It is characterized by precise and figure-centered descriptions. The reader begins ...

Architecture is a reflection of thoughts, creation and culture of one time period. We are witnessing today's trend, where buildings with no sensibility for the environment in which they are placed, ar...

Wolf pit: A two to three-meter deep, round or square pit, often narrower or wider towards the bottom, which is dug into the trails of wolves and other wild animals. Usually, sharp-pointed stakes were ...

PROJECTINDEX
BACK TO THE GARDEN!
Dalal Elarji
University of Liechtenstein

It is clear that the resources of our world are becoming more and more limited compared to the growth of the population. Therefore, there is an urgent need to rethink our relation to nature and to provide innovative answers regarding food production, energy demands, and social relations. In that context, the following work is an attempt to sustainably design a new settlement in the town of Ballò,...

Searching for alternative renovation solutions of squatted and abandoned areas

My master thesis deals with the ruins of one of the oldest abandoned ice factories in Germany. Over the last two decades, the buildings once thriving with production, have been emptied and its program...