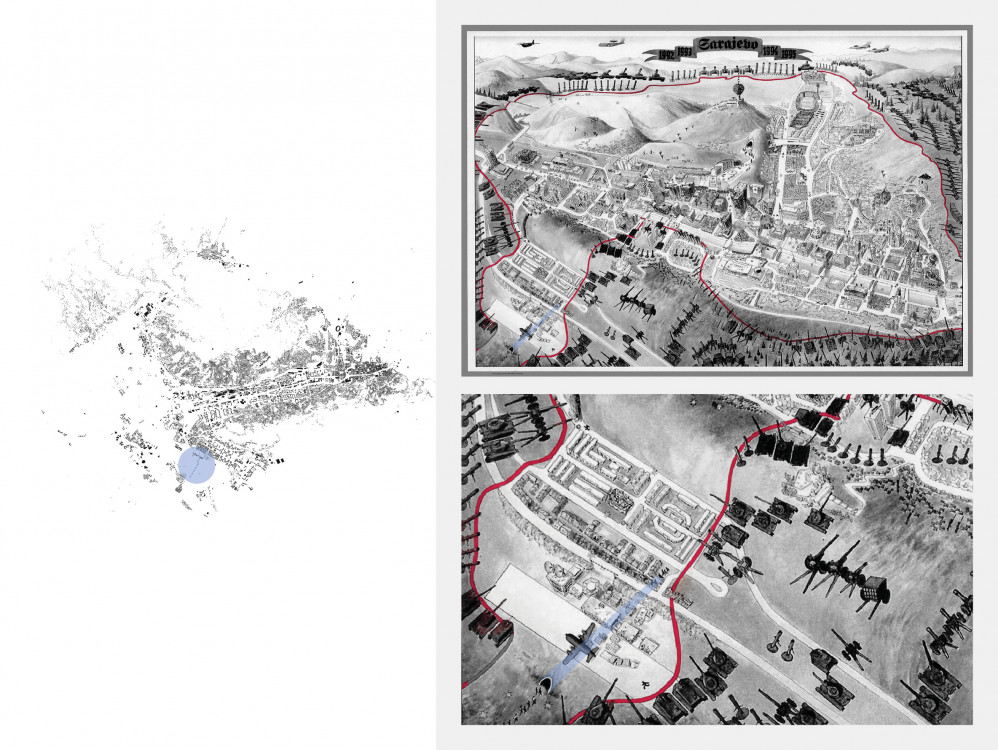 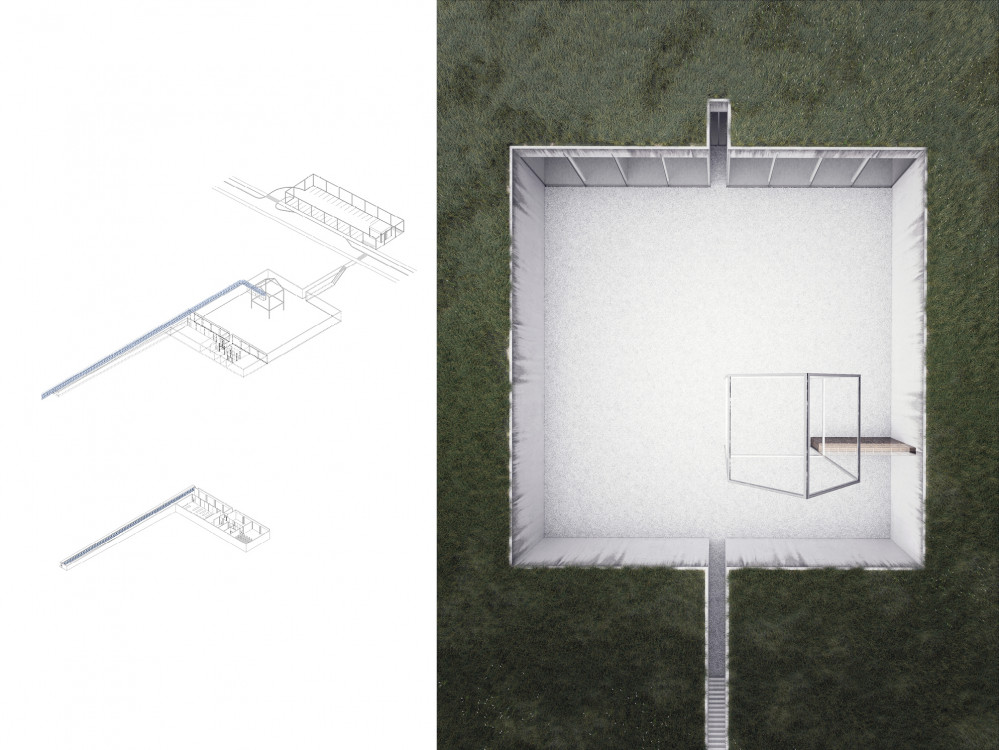 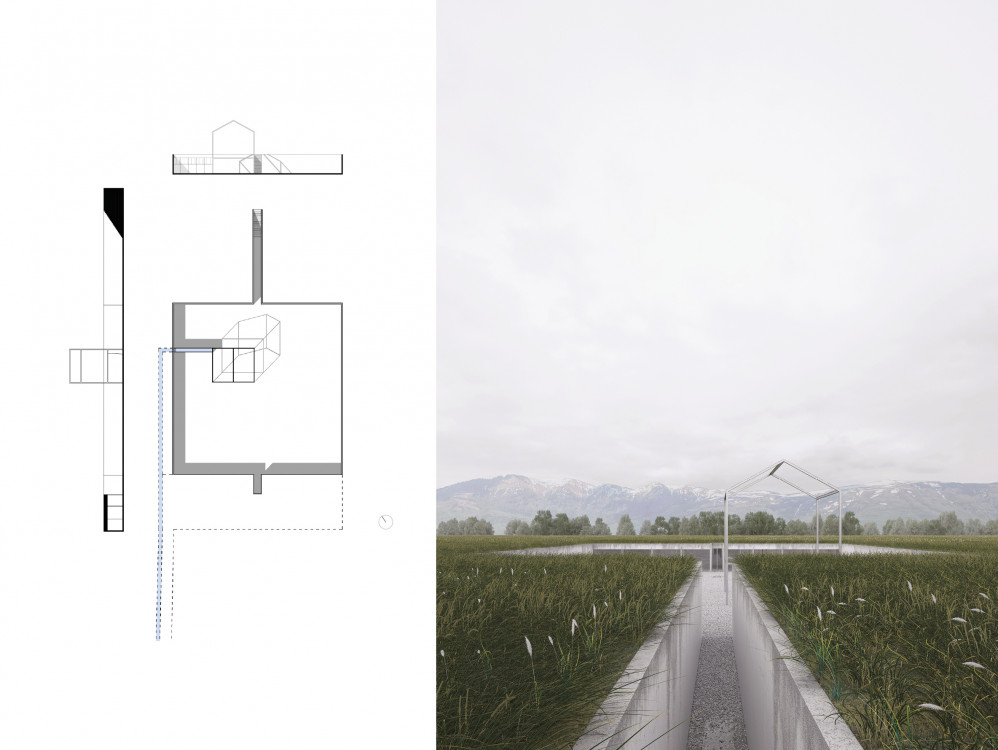 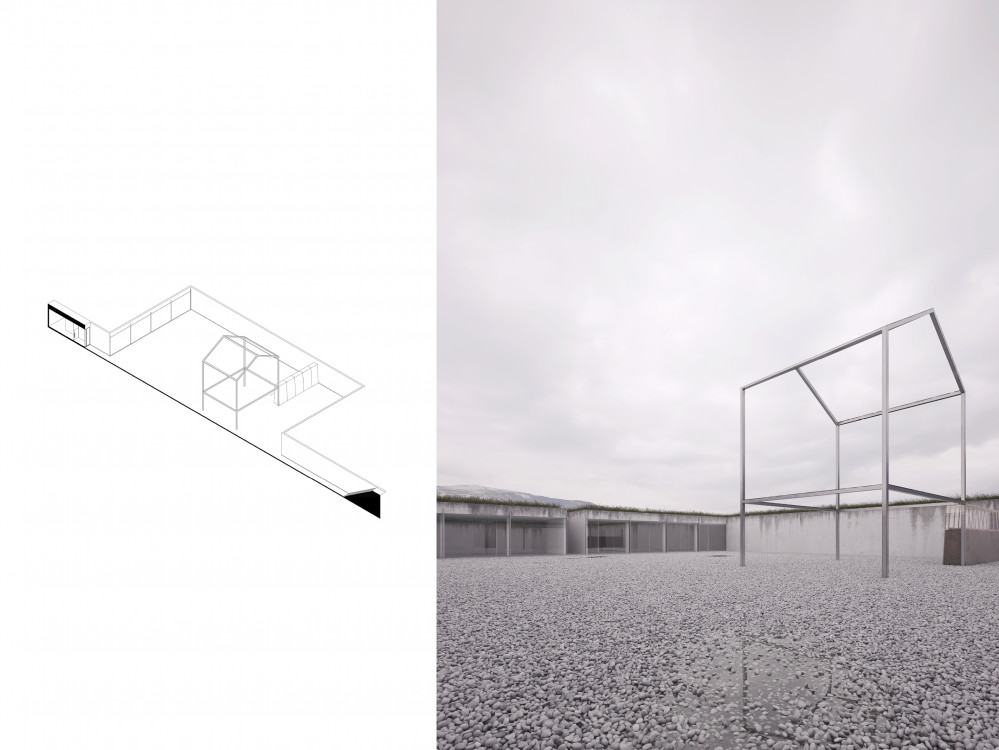 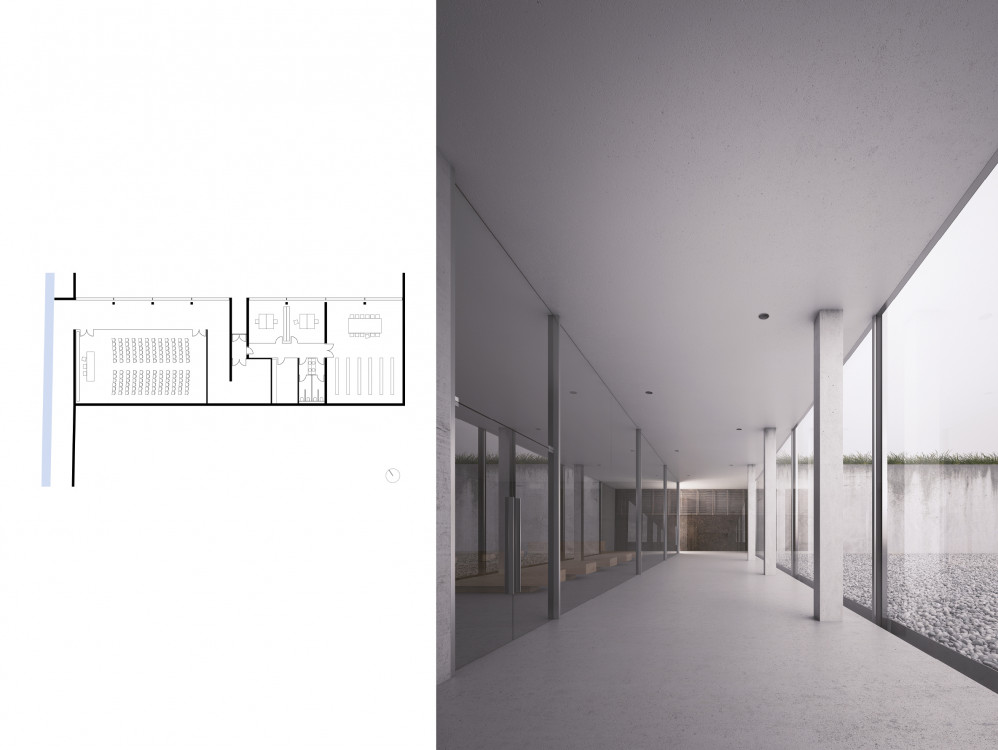 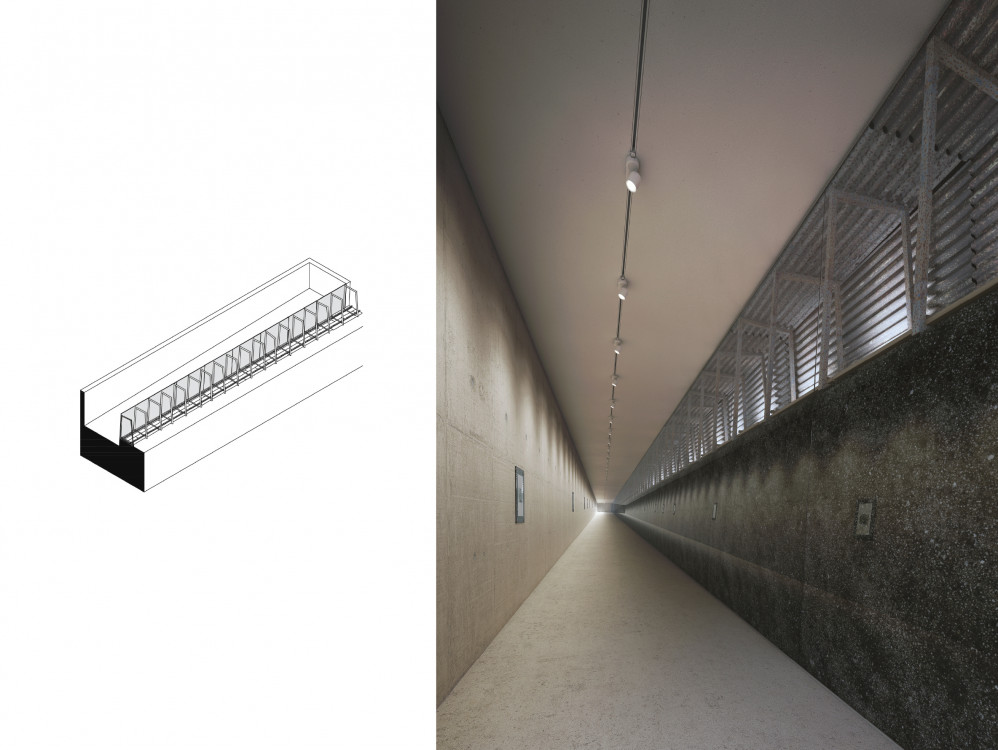 
“KENOPSIA [noun]: the eerie, forlorn atmosphere of a place that is usually bustling with people but is now abandoned and quiet; an emotional afterimage that makes it seem not just empty but hyper-empty, with a total population in the negative, who are so conspicuously absent they glow like neon signs.”
The Sarajevo Tunnel is a passage constructed in 1993, during the Siege of Sarajevo. It was built under the airport runway to link the besieged city of Sarajevo with the Bosnian-held territory on the other side. After the war, it was turned into an unofficial museum, later touristified and misrepresented by the authorities, while its content remains politically controlled and original artefacts improperly managed, offering visitors a false promise of first-hand experience.
This thesis revisits the past and regional culture of remembrance. Medieval Stećaks and Yugoslavian Spomeniks provided a basis for the architectural language.
The museum is located underground. Outdoor spatial organization is characterized by sudden changes of scale, motivated by feelings of exposure and disguise. A lowered plateau offers a view of the original tunnel entrance. The only part above ground is a metal frame in the form of the demolished house. The museum has a clean plan and simple gradation of spaces. The original tunnel can be observed through the glass from a new passage dug parallel to the original one, but larger in its dimensions and limited in length. The materialization seeks to provide a neutral and minimalist basis for the main showpiece — the tunnel itself.
The exit on the rural side of the tunnel offers a simple memorial, conceived as an ensemble of concrete monoliths that take the form of the demolished houses which served as secret exits. These monoliths are a negative concrete cast capturing the space and accentuating the absence of original objects.